This is some winning eggnog! Simply combine two cans of coconut milk, two cans evaporated milk, one can sweetened condensed milk, 2 cups rum, and a touch of salt, and you’ll have a blue-ribbon-worthy batch of Puerto Rican Coconut Eggnog. Serve it with a dash of cinnamon or cinnamon sticks. 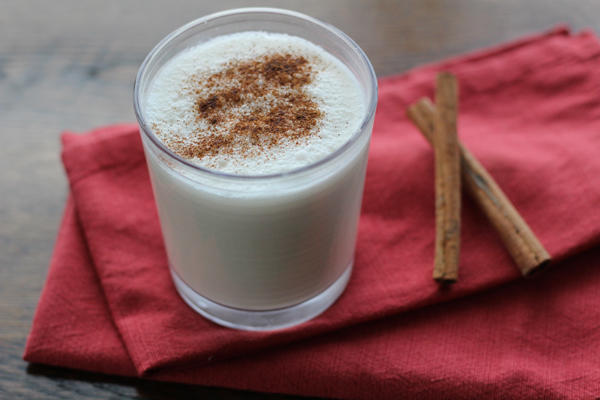 I’ve never organized a recipe contest for cocktails or holiday beverages, but if I did, I think this type of drink would really stand out. 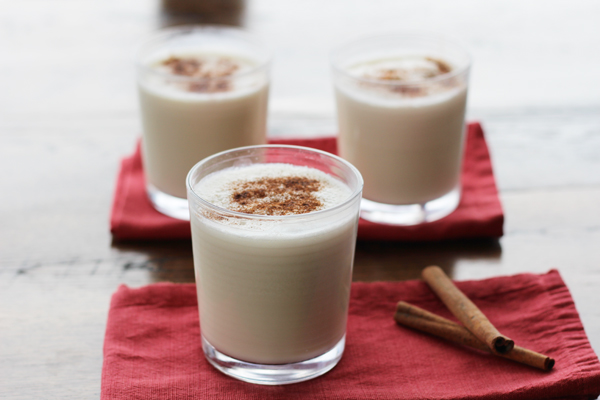 I made it today for a holiday party tonight and it was so incredibly quick and easy. I made it in the morning and put it in the fridge to chill. When it was time for this tasty treat, you just shake the jar, pour it into a glass and sprinkle it with cinnamon. It tastes fabulous room temperature too. It is not as thick as traditional eggnog but takes just as smooth. 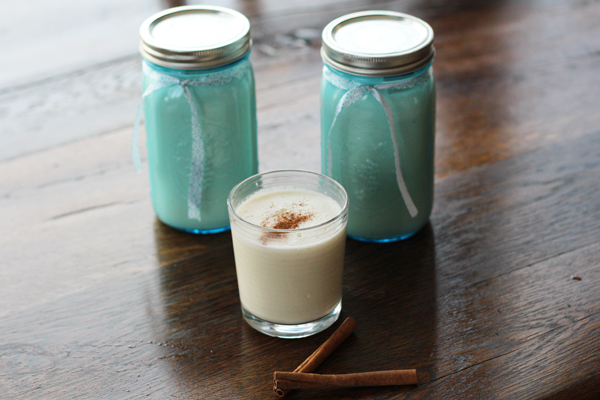 Good rum is key. You want it smooth. 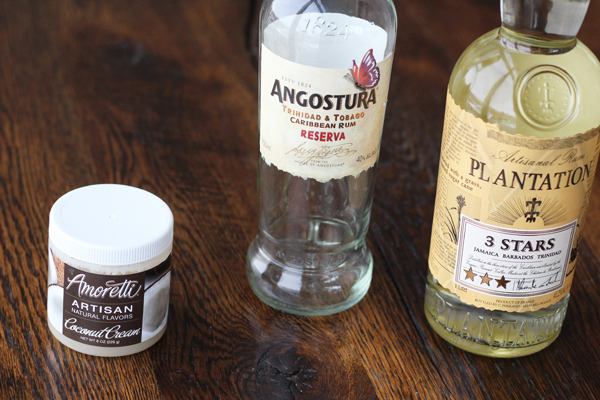 Add some coconut cream flavoring and the taste blooms even more. (I used Amoretti’s Coconut Cream Artisan product.) I’ve recently been experimenting with their extracts and other natural flavorings. I’m loving how much they boost the sensory impact of whatever I’m making…in a really great way! One of my favorites was the coconut version of this Pistachio Shortbread.

I also made a Pistachio-Coconut version of this Puerto Rican Eggnog. It would make perfect gifts for any of your pistachio-loving pals. I just added an ounce of Amoretti’s Pistachio Butter with the three milks. The rest of the recipe stayed the same. 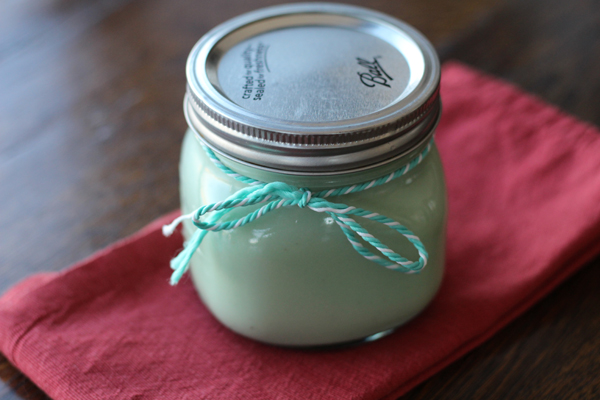 I’m in Minnesota, so we’re in some COLD months over the holidays, and in for a lot more in the coming weeks. I can totally see myself heating this drink up on a wintery night.

Maybe it can even keep us warm all winter long.

In a tall pitcher, large mixing bowl, or blender, combine the coconut, sweetened condensed milk, evaporated milk, coconut cream, and pistachio butter. Blend on high for about 2 minutes, until creamy smooth and frothy. (My stick blender worked great, but a blender or even a whisk would work of course.) Serve immediately or chill until serving. Serve in glasses with a pinch of cinnamon as garnish.