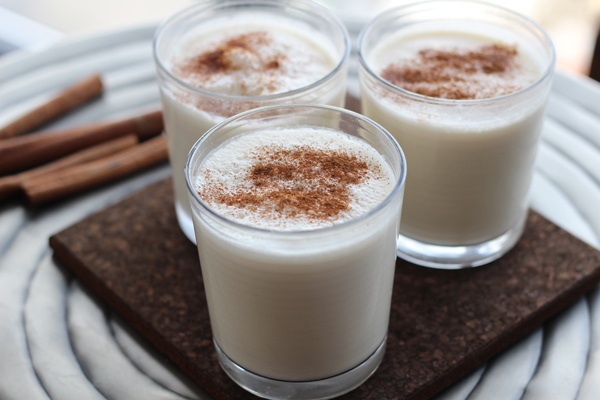 In a tall pitcher, large mixing bowl, or blender, combine the coconut, sweetened condensed milk, evaporated milk, coconut cream, and pistachio butter. Blend on high for about 2 minutes, until creamy smooth and frothy. (My stick blender worked great, but a blender or even a whisk would work of course.) Serve immediately or chill until serving. Serve in glasses with a pinch of cinnamon as garnish.