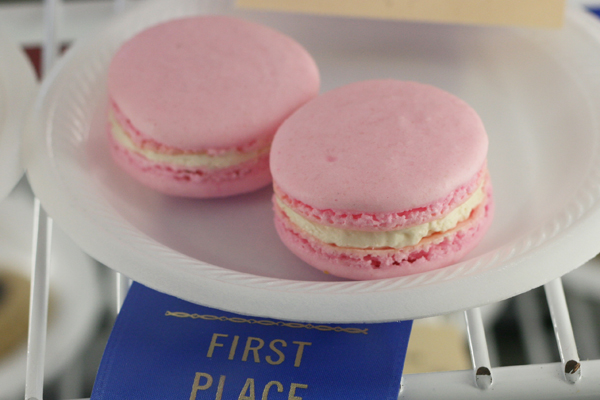 French macarons are made easy with this fantastic recipe from Marianne Carlson. She won “best overall cookie” honors with it at the 2015 Iowa State Fair. That means the judges like this cookie better than hundreds of others, 453 to be exact. That’s how many entries there were: 454. Wow. One taste and you’ll know why they won.

Given how intimidated people can be about making macarons, we were pleasantly surprised with how simple they were to make. My niece Crystal came to visit and she took the lead in re-creating Marianne’s winning cookie. It was the first time either of us had attempted them. The hardest part perhaps was getting the cookies a consistent size so they look good once “sandwiched” with the filling inside. Next time we plan on using a size template like this one. 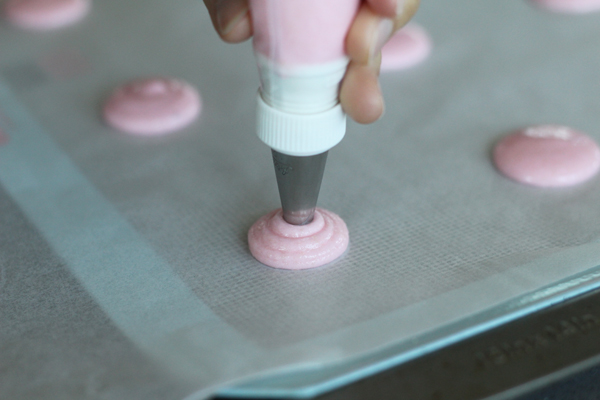 I love the smooth and crisp outside “shell” these cookies have. Their chewiness inside is also key to their deliciousness. And the Italian buttercream? To die for!

We also did a variation on Marianne’s recipe and added strawberry jam to the filling. The flavor really popped and paired well with the almond taste. 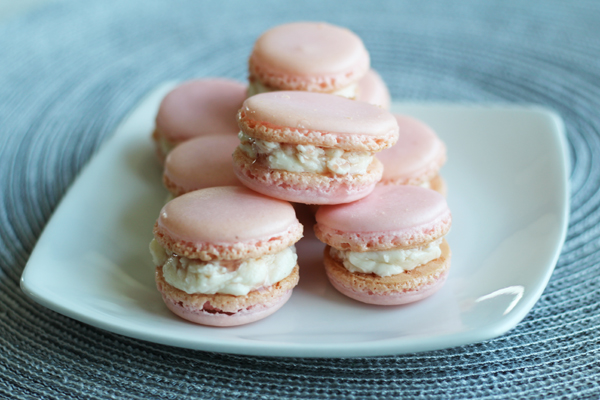 I confess, I used to like macaroons better than macarons. This peppermint macaroon is always a hit when I make them. And coconut macaroons still make me swoon. When I was a kid, my grandmother always had a large stash from the grocery store. My family couldn’t get enough of them. In fact, my siblings and I used to fight over the last one. Always. That said, once I tried a few different flavors of macarons (pistachio, chocolate, etc.) they grew on me. Then came this state fair winner. They fully won me over.

Marianne believes her winning French macarons taste best after being refrigerated 4 days, then served at room temperature. I bet that’s true…but our batch was gone in less than a day. Next time we’ll do a double batch.

Definitely give these French macarons a try. They’ll win you over too!

For Italian buttercream: combine egg whites and sugar in a double boiler (heatproof mixing bowl set over a saucepan of simmering water). Whisking constantly, cook until sugar dissolves and mixture is at 160 degrees F. Beat until stiff peaks form. (A stand-up mixer with whisk attachment works great.) Continue beating until mixture is fluffy and cooled, about 6 minutes. Set aside. In large bowl, cream the butter and vanilla. Add the egg/sugar mixture. Mix until smooth. Spread on the flat sides of half the cookies, about 2 tablespoons each. Top with second half of cookies. Makes about 20.